**FACT-BOMB: The evidence the media refuses to show you about Michael Jackson’s accusers** 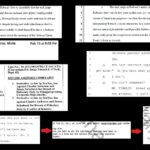 I’ve felt total and utter shame at my industry as the coverage of tonight’s Michael Jackson TV show has grown increasingly dishonest and dangerous. I’ve worked in the media since I was a teenager. The whole media knows these two men are liars. But that’s not good for clicks or ratings.

For five years, these men – both professional actors – have been suing Michael Jackson’s estate for hundreds of millions of dollars. This lawsuit has generated thousands of pages of court records: witness statements, motions, depositions and disclosure. These public documents PROVE beyond any reasonable doubt that the men are lying. The whole media knows about these documents, but is refusing to report on their contents.

I’ve tried not to fill my Facebook feed with posts about this, but you are all being lied to from every direction. So this is my contribution to the debate on Facebook – a list of just some of the public record information the media is refusing to tell you.

*Both men strenuously defended Jackson, including under oath, for decades, and only decided they’d been molested years after his death, when they were both in financial trouble and filed a lawsuit seeking hundreds of millions of dollars. That lawsuit was thrown out of court – twice – but the men are in the middle of an appeal, giving them a gigantic financial motive to lie.

*In his initial creditor’s claim, Robson was caught lying under oath so brazenly that the judge threw out his statement and said no rational juror could ever believe his account.

*Between 2012 and 2014, Robson wrote two drafts of an abuse memoir and tried unsuccessfully to sell them to publishers. He then lied under oath and claimed he’d never sent them to publishers. Despite having been ordered to hand over all correspondence and documents pertinent to his allegations, Robson never handed over his drafts or correspondence about his attempts to secure book deals until the Estate discovered they existed and the court had to compel him to do so.

*Robson was also ordered to release his emails as evidence. He breached the order repeatedly, first by claiming they didn’t exist, then by redacting all the emails between himself and his family members and citing ‘attorney-client’ privilege, even though none of his family are attorneys.

*When he eventually complied with the court order and released the emails, they revealed that at the time he was constructing his lawsuit and abuse memoir, he was researching and emailing himself links to old tabloid newspaper stories about abuse allegations against Michael Jackson.

*The emails showed Robson found one particular story from the early 1990s which specifically named he and his mother. He emailed it to his mother and asked whether it was true. She replied, ‘Wow, none of that is true’. He then included it in his story anyway. When questioned about it, his mother claimed the email had been longer and had been misconstrued. Asked whether she could therefore produce the complete email and prove she was telling the truth, she claimed she no longer had access to her email account.

*Emails also revealed that throughout 2011/12, Robson was lobbying Jackson’s estate for a job directing and choreographing an official Michael Jackson tribute show in Las Vegas. His campaign to secure this role had included sending emails explaining that his amazing friendship with Jackson meant nobody was better qualified for the role than he was, and he was devoted to doing the best job he possibly could ‘for Michael’. After being told someone else had got the job, he suddenly claimed he’d been abused and filed a creditor’s claim against the estate for millions of dollars.

*Months later, Jimmy Safechuck claimed he flipped on the TV and saw Wade Robson being interviewed about his lawsuit. In that moment, Safechuck said he suddenly remembered that he had been abused by Jackson as well, so decided to join the lawsuit. He didn’t mention that this epiphany coincided with his inheritance circling the drain after a relative died and the surviving family members started suing each other for control of the family business.

*Robson was ordered to produce his diaries as evidence. In them, he’d written about how these allegations might rescue his failing career by making him ‘relatable and relevant’. He also wrote, ‘It’s time for me to get mine.’ When questioned under oath about what he’d meant when he wrote that, he refused to answer.

*Safechuck’s mother claims in the TV show that she woke up to the news of Jackson’s death and danced around because he ‚couldn’t hurt anymore children‘. The Safechuck family lives in California, where Jackson also lived. His death was pronounced at 3pm on June 25, 2009, and became a news story within minutes. Does Safechuck’s mother typically wake up after 3pm?

*Despite such glaring issues with the witness’s testimony, director Dan Reed claims he ‚forensically‘ researched their allegations before including them in his TV show.

*Both men’s timelines have changed repeatedly and are often contradictory and nonsensical. For example, Safechuck claimed in his lawsuit that he only remembered Jackson had abused him in 2013 when he turned on the TV and saw Robson. Yet in the same suit, he claimed to have told a relative he’d been abused in 2005 and had therefore ‘refused’ to testify for Jackson’s defence.

*But according to Jackson’s defence team, Safechuck was never asked to testify in 2005. Court records show the judge ruled early on that testimony could only be heard about certain children, and Safechuck was not one of them. All testimony about Safechuck was literally banned from the courtroom.

*Both men tell stories in the TV show which directly contradict stories told under oath in their lawsuit. In fact, they have continued to change their stories as recently as within the last two weeks.

*Robson claimed in a BBC interview two weeks ago that Jackson had abused him ‘hundreds of times’. Yet his mother’s sworn testimony is that whilst they went to Neverland roughly 14 times, Jackson was almost never there. She estimates the number of times they visited the ranch and he was actually there was four.

*Questioned about their financial motive, the men have claimed in recent weeks that they don’t care about money and are only suing to embolden other abuse victims by holding the Jackson estate accountable. This is a provable lie. The lawsuit was originally filed under seal with Jackson anonymised as ‘John Doe 1’, and Robson tried to extract a settlement from the estate with zero publicity. Only when the estate refused to pay a settlement did he go public.

I could continue, but if you’re still on board with the TV show and its accusers at this point, you are irrational to the point of mania.

Tonight’s TV show covers up all of this information, instead presenting two professional actors’ heavily edited and completely unchallenged testimony without ever examining their credibility, their proven lies and perjury, their constantly changing stories or their financial motives.

It is a stain on the journalistic profession, as has been the rest of the media’s coverage.

Interesting to see so many journalists on here accept everything in #LeavingNeverland is true, without applying any questioning eye.
The 2 accusers have changed their story multiple times & are suing Jackson’s estate for 100s of millions. At least be challenging, surely? pic.twitter.com/vsNVWDBbba